A Woman’s Thoughts on Google+

I’ve been part of the Google+ beta since day two. As someone who is already quite comfy using Facebook, Twitter and to some extent LinkedIn; I was surprised to find G+ to be a much different platform. It is not a quick update and move on, not a basic ‘here’s what we did today’ like FB or a B2B discussion like LinkedIn.

Google + is a rich and scenic romp through all areas of interest, not just the tech world as one might think; though there is a propensity towards the Technorati and Geek Elite that proliferate here.  I am deeply entranced by the many articles and full page posts that these wunderkind contribute day after day: The speed with which they zoom through the info in the main stream, digest it all seemingly in an instant and then offer up all kinds of tips and tricks for navigating G+ is awe-inspiring.

Google+ is still in beta and will really flourish once the general populace trickle in, use it for a bit and get the vibe. This is a very different animal. It’s  a social platform that gives me, a 55 year old woman, a comfortable area to add my thoughts, photos, video or anything else I want to share with whomever I choose.  I can share with  one friend, one circle, my extended circles or make it public. On days where I only want to soak up the surrounding info, I can read long knowledge packed posts,and surf through the photo albums others have posted.

I am making it a priority to make an effort at posting to the public stream almost everyday.

I think that would be fantastic if everyone were to post publicly at least a few times a week, if not everyday! After all this is a knowledge and diverse interest sharing  social platform, which will flourish when all are adding their unique take to the stream.

For those of us in the Social Media Arena; being in early has allowed me to roam at will sussing out the coolest shortcuts, popping into some monumental discussions, viewing some marvellous photos by renowned photographers and discovering the best of the best to add to my circles. 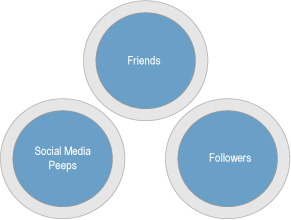 The beauty of circles being that you can check out your heroes with no need to be vetted or accepted. You don’t have to be on the list, so to speak. In effect you can take a peek into the hearts and minds of all the greats in any area you chose without any fear of rejection. I have to say it is a delicious little thrill when you get notified you have been circled back!

That brings me to Hangouts!!!  How I love them! I have been able to meet some TROOL-Y amazing people that I would never have had access to on Facebook.  From +Michael Mozart of Fail Toys fame and +Traveller the esteemed young hacker to +Robert Scoble  a true icon, and +Tom Anderson whom I consider a real mensch; and finally +Katherine Gramman Community Manager for Google+ Hangouts. These incredibly interesting people are all there, for those who are quick enough to catch the hangout in time to jump on board.

Initially I found the hangout can be a bit of a challenge to get the hang of, as it is both a chat and a visual medium. You must be prepared to be on camera. The window actually starts with Check your hair and mic… Join the hangout…

I lurked on the edge of a few hangouts before I took the plunge. In fact I had just taken a plunge into our backyard pool and had thrown on a fresh après swim dress before I boldly dove into the 1st hangout -I did check my hair and my mic!  I thought they could only see from my chin up.. 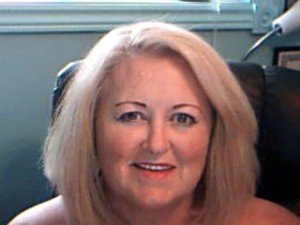 Within seconds, one of the men in the hangout, Mike Stenger asked “Hey Elaine are you naked?”

My bare shoulders made it appear as though I was au natural.  Mortified, I only lasted about 3o seconds.   I’m sure there are many women who understand my angst!

But the sheer magnitude of the different people I could meet drew me back. I was hooked and when visibly not naked, I could now talk with truly fascinating people and not only read their exciting articles  I could add my thoughts as well. How cool.

On the mobile side, I received a few invites to phone hangouts known as huddles.  A bit less exciting than a hangout but still a great way to connect with a group all at once.

Unfortunately, because I use an iPhone and an iPad I do not have access to some of the technology and can be somewhat limited in how much I can do on Google+ when not at my desktop. I’m looking forward to the day that is no longer an issue.

On the bright side I have been extremely impressed by the incredibly fast response times of the whole Google team. I have only had a couple of issues with G+ whose team members have always been available to lend a hand. The Google+ team offer advice and fix issues sometimes almost as fast as they come up.

My sincere thanks go out to +Natalie Villalobos Community Manager for the Google+ Project who is always offering suggestions and links to helpful articles.

I began my social media journey on Facebook in February 2007 as a way to keep in touch with my children,( let’s face it I mean stalk them!) have great conversations with my more distant friends and started many of my clients using fan pages for business. I know I will maintain a presence on Facebook for a long time to come.

Twitter was a much later adoption. I am such a chatterbox, I was worried I would be stifled if relegated to 140 characters!  Suffice it to say I adore making new friends on twitter as well.

LinkedIn is most definitely the most business centered platform and I find it to be in a league all its own. There are many different groups and ways to connect to other businesses that are closely relevant to yours.

Google+ has now captured my heart with its ease of access to fabulous articles, incredible people, the simple management of my circles and it has opened a whole new area of learning for me.

I hope you join me on this excellent G+ journey: Just be sure to get dressed before you hangout!