Requiem for a Neighbourhood 10 months early

Its the end of February and news is we will be done with G+ as of April.. WOW.. that sure came fast! so much for 10 months...

The Alphabet-owned company now says it will close down the main Google+ platform by April 2019, four months earlier than planned.All Google+ APIs will be shut down in 90 days, which is also sooner than planned, the company said.
The enterprise version of Google+, aimed at businesses and other organizations, will remain.

Requiem for a Neighbourhood 10 months early

This is the start of an ongoing recap / requiem / walk down memory lane ... Came across and old post from the time (albeit short) that we could post directly to our blog from inside G+

The news came down a short while ago and I think some of me is still a bit shocked. Not shocked that Google decided to euthanize the only social media neighbourhood that TROOL-y was a community. Not shocked by the current format that makes it difficult/ nix that...ALMOST IMPOSSIBLE to maintain our closeness.

I was saying Happy Birthday to Google in my usual odd prose. Aiming to encircle, and (yes we were still in circles at that time) include my G+ neighbours in my well wishes, as I wanted us all to celebrate. There in G+ we spent so much time together, we laughed, we cried, we fought and made up, we welcomed new family members, some falling in love and later marrying.

We grieved together when we lost one of our own. Even that horrible day I lost my mum, I had been in a hangout with my Scots pals, and a few in NYC when I got the call.. Job offers, gigs, TED talks and more... In the hangouts we shared so much.

These are my friends and in many cases my virtual family.  We came together in Google+ and with the introduction of Hangouts we became one thriving, caring, robust and rambunctious family. I gained the totally absurd moniker  'that naked woman' due to a lack of shoulder straps in my first ever hangout. And thanks to +Mike Stenger the nickname stuck.

NOTE: at the time I wrote the post below,  I had not yet been to Dallas (August of 2013) where I got to HIRL with Laurie DesAutels , Yifat Cohen, Blair Warner and Thomas

This is simply part one of a series compiling the best of G+, photos and some Live Streams, with the neighbours, to reminisce about our experiences. 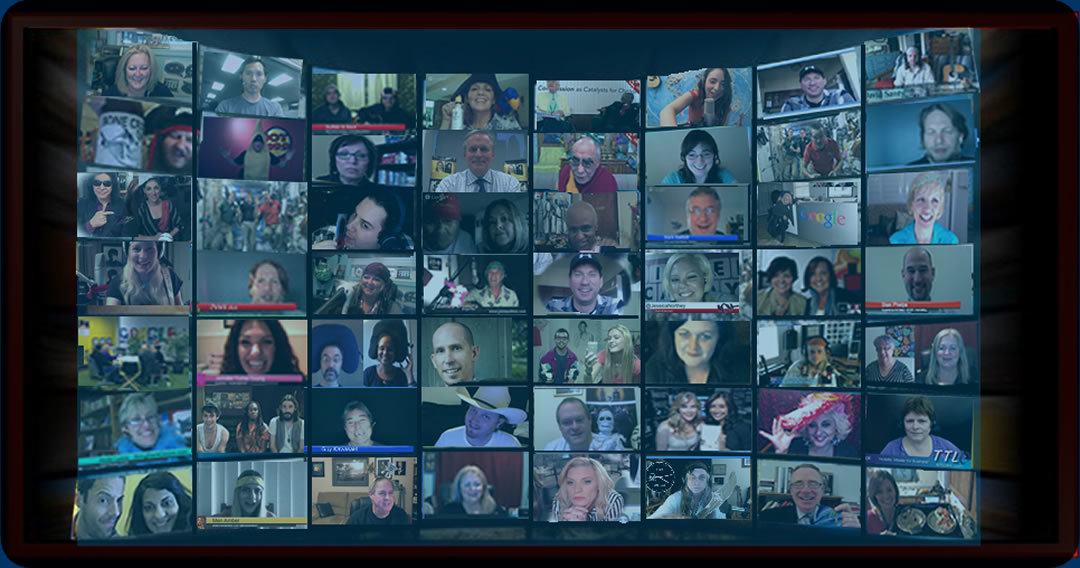 The following  excerpt came from my June 28th 2013 post in Google+. For a time we were able to lift our posts right into our blogs.

#Google +Birthday
I absolutely love it here in the Plus!!!

I have met so many amazing people.. with incredible stories, I have #HIRL-ed with many and will do so again..  ( In February 2012 more than 70 of us went to NYC for the first ever HIRL. Our G+ family spent 5 days bonding in person, with a photowalk, concerts, Ground Zero pilgrimage all together and more...)

This is simply part one of a series compiling the best of G+, photos and some Live Streams, with the neighbours, to reminisce about our experiences.