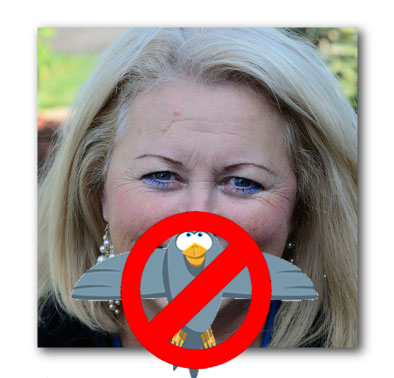 This Twitter Mute Function could be a nightmare for small businesses that are just trying to get their message out. Or could it be a useful tool for skimming off those who BROADCAST endlessly, self-promoting sales-y drivel with no real value or creativity.  Perhaps they ought to be ‘Tweet-gagged’.

I read the info and immediately thought ‘Tweet-gagged’ that’s what people can say when they find out their 95% self-promoting tweets are no longer being seen by a majority of tweeters.

Based on the first few paragraphs of the Twitter blog post below, I have bolded the content that gives me pause.. I am playing devil’s advocate so I am not saying this will definitely happen, simply that it could happen.
You will find my comments directly below the quoted text.

Today we’re beginning to introduce a new account feature called mute to people who use our iPhone and Android apps and twitter.com.(1) Mute gives you even more control over the content you see on Twitter by letting you remove a user’s content from key parts of your Twitter experience.

In the same way you can turn on device notifications so you never miss a Tweet from your favorite users, you can now mute users you’d like to hear from less.(2)

Muting a user on Twitter means their Tweets and Retweets will no longer be visible in your home timeline,(3) and you will no longer receive push or SMS notifications from that user.

The muted user will still be able to favorite, reply to and retweet your Tweets; you just won’t see any of that activity in your timeline.(4)

The muted user will NOT know that you’ve muted him/her,(5) and of course you can unmute at any time.(6)

Check out the full post on Muting a Twitter User  Let me know what you think in relation to the points I’ve made or any other points you want to mention.